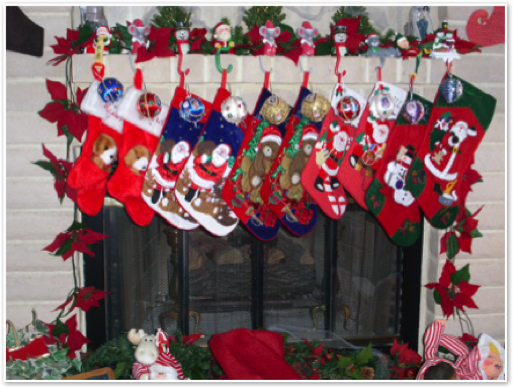 This story originally appeared in the Washington Times and is reprinted here with permission from the author (http://lvww.washingtontimes.com/commentary/ 20051207-1042159181r.htm)

Nearly every discussion about sexual education focuses on preventing sexually transmitted diseases and pregnancy. However, recent research published in the American Journal of Preventive Medicine finds that, especially for girls, the discussion needs to include a third negative possibility: depression.

Most medical and mental health professionals would agree that there is a link between depression and sexual and drug using behavior in adolescents. However, it is commonly assumed that depressed teens use sex and drugs to "medicate" their depression. Thus, when faced with a depressed, sexually active teen, adults may overlook sexual or drug using behavior with the hope that the risky behavior will cease once the depression is gone.

Although the depression followed by sex and drugs link seems to make sense, a new study, which followed over 13,000 middle and high school students for two years in a row, found that depression did not predict risky sexual or drug using behavior.

Instead, the study found that depression often follows risky behavior. Lead author of the study, Dr. Denise Hallfors told me in an interview that her research team found evidence that heavy drug and alcohol use significantly increased the likelihood of depression among boys. For girls, the findings are stunning: even low levels of alcohol, drug or sexual experimentation increased the probability of depression for girls.

Breaking down the results, Dr. Hal1fors found that 25 percent of surveyed teens were complete abstainers, meaning they were virgins and used no substances, not even tobacco. Only 4 percent of these teens experienced depression.

in some kind of substance usage during the first 12 months of the study. For the boys, there was no increase in depression from this pattern of behavior (for boys, the significant risk was heavy drug use). However, for girls, the study revealed a more troubling pattern. Girls even experimenting with drugs were slightly more than two times as likely to be depressed (8-10 percent). Those experimenting with sex were three times more likely to be depressed than abstainers (12 percent versus 4 percent). For sexually promiscuous teen girls, the results are staggering: 44 percent of girls with multiple sexual partners during the study period experienced depression.

In other words, the sex and drug use are not only associated with depression but most often precede it. As a public policy matter, the drug use findings are not surprising and hardly controversial. For any teen, who advocates drug use of any kind?

On the other hand, for opponents of a strong abstinence message in schools, this study may be difficult to reconcile with their public policy activities. For instance, two groups opposed to abstinence education, Advocates for Youth and Sex Etc., are now sponsoring a contest for teens to promote condom usage. Teens can craft an e-postcard to send to their friends (and potential hook-up partners?) extolling the virtues of condom use. One such card has a picture of a heart and a condom with the caption: "Dream Team." According to Dr. Hallfors' research, for many teen girls, the caption should read: "Sad Nightmare."

More research is needed to isolate the causes and cures for the link between experimentation and depression. However, there is no reason for policy makers to wait to encourage abstinence given these research findings. Citing the devastation and feelings of worthlessness that accompany depression, Dr. Hallfors warns, "Parents, educators and health practitioners now have even more reason to be concerned about teen risk behaviors and to take action about alcohol, drugs and sex."

Instead of cheery postcards, teen girls need to know that their sexual behaviors may put them at risk for more than STDs and teen pregnancy. "Once a girl crosses that boundary, she puts herself at risk for a spiral of negative effects," says Dr. Hallfors.

It seems to me that the evidence is consistent that teen sex is not a good idea, especially for girls. Why can't everyone get behind that message?

Teens are nearly united in this sentiment. According to a poll conducted by the National Campaign to Prevent Teen Pregnancy, nine out of 10 adults and teens want society to send a clear message that abstinence is best for teens.

Whatever we think about the morality of sexual behavior, can't we agree that teens should be given a clear and consistent message that it is best to wait to engage in sex until they are ready to accept the financial, relationship and emotional consequences of making that choice? For nearly all teens, this would be adulthood.

My suggestion for a postcard? A picture of a gold nugget and a heart with the caption: "I'm worth the wait."

Warren Throckmorton is Associate Professor of Psychology and Fellow for Psychology and Public Polity in the Center ]or Vision and Values at Grove City College in Pennsylvania. He is Past-President of the American Mental Health Counselors Association.

To return from PRINT page, click  "back" arrow on your browser