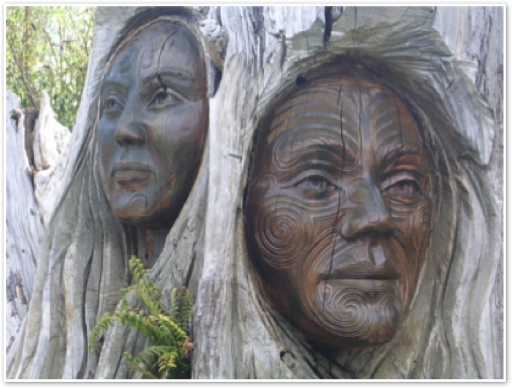 Is there a Societal Effect of Abortion?

Is there a societal effect of abortion as well as the obvious individual effects?  The following is a substantial condensation of an article from the Vol. 6, No.1, Spring 1998 issue of Elliot Institute's “The Post-Abortion Review”.  The article is entitled “When the Doll Breaks” by Theresa Karminski Burke.  This is not an 'apocryphal' story (one which could have happened but didn't).  I spoke with the author and she said this is what happened except for identifying details.

When the Doll Breaks

I remember meeting Marita my freshman year in college.  She was cute, had boundless energy, was fun to be around and had a self-assured style.  Marita told me she would remember my name because Theresa was the name of her favorite doll.  It was one of her collection and had come from her great great grandmother.

One night after a drunken fraternity party she didn't remember, Marita woke up naked next to her sophomore boy friend.  When Marita discovered she was pregnant she had an abortion immediately and never told a soul, except her boyfriend and her roommate.  Years later, Marita told me her roommate Ruth, who had had an abortion as a senior in high school, took her to the clinic.  She told Marita it was no big deal.  Abortion was common on campus.  Lots of girls had them.

After the abortion, Marita's personality changed.  She became irritable and began drinking all the time.  She skipped classes on a regular basis, preferring to sleep in and snooze off each hungover depression.  Her attitude was cynical and negative, and she wasn't much fun to be around.  At that time, unaware of the abortion, I didn't understand what Marita was going through.  But there were signs.

One night we gathered at Marita's dorm for a party.  We were drinking beers when Marita's boyfriend jumped up and shouted, “It's time for Baby Soccer!” There was a grand applause, reminiscent of the inauguration of gladiator games.  Marita brought out several doll heads which had been decapitated from their torsos, rolling them along with her hockey stick for the grand entrance.  Everyone started kicking the baby heads around the room in a frenzy of glee and hysterics.  They all cheered while gulping drinks and devouring chips.

As the pastime continued, the aggression toward the baby heads became more severe.  [There follows a repulsive description of various mutilations of the dolls and doll heads.] They continued to kick the baby [doll] heads around the room in a hostile display of rage fused with amusement.

I learned that this had become a favorite game in the dorm.  My reaction to this symbolic abuse was a sickening feeling in my stomach.  Desensitized to the authenticity of the game, I laughed along with the others,

As I picked up one of the doll heads, I was overcome with a vague familiarity.  My heart skipped a beat when I identified the doll as “Theresa,” the porcelain antique which had once been Marita's prized possession.  Her face was cracked, smashed, and splintered, a jigsaw of fractured pieces—nearly unrecognizable.  Where the head had been torn from the body there were razor-sharp claws of fragmented china.

The trauma was still very much a mystery to me but I knew that something inside Marita had also been crushed.  The desecration was reflected quite ostensibly in the face of her broken doll.  I waited nearly a decade to discover the answer to my questions.  Learning that Marita had suffered an abortion made everything crystal clear.

To return from PRINT page, click  "back" arrow on your browser