When the Japanese attacked Pearl Harbor on December 7, 1941, was that terrorism?  What is terrorism? It is important to understand how terrorism is different from other forms of conflict and whether it is justified as a tool to promote a cause.  Click Terror for a short discussion of these and other related issues.

Islam has been called ‘a religion of peace’.  Is this true?  You be the judge.  There are a number of good recent books on this topic and Islam in general; however some quotes from the Quran and other Islamic scriptures might be a more direct way to view the question.

In addition to the Koran, there are the Hadith which are also part of Islam’s scriptures.*

Some important things to keep in mind.

•  Everything in the Quran and Hadith are considered absolute truth.  I read that an Immam who simply stated that there were two verses that were wrong was stabbed to death here in the United States!

•  When verses conflict, the later ones takes precedence.  This is called subrogation.

•  After 13 years in Mecca, Mohammed had about 150 converts.  In Medina after only 10 years of waging war to gain political power, he had conquered the Arabian peninsula and there were now 100,000 ‘converts’ at his death.

Succeeding Caliphs spread Islam ‘by the sword’ as they were supposed to.  They were stopped from conquering Europe through Spain by Charles Martel in 732 A.D. at the Battle of Tours.  In 1683 their attempt to conquer Europe from the East was stopped at Vienna.

Islam is, in principle, a religion of peace—but only for Muslims.  ‘Kafirs’ (non-Muslims) are to convert or submit or be conquered, killed, enslaved, etc.

Clicking Koran shows another source of Jihadic verses. Clicking Hadith shows some from Hadith. These are just from Volume 4, Book 52, beginning with Number 41  All these emphases on Jihad (Holy War) are just between Numbers 41 and 311.  I suspect that examination of other Hadith will yield a similar pattern.

One of the complaints of Muslims about Christianity is that “We could believe in Christianity and Jesus being God if only he had said so at least once in the Gospels” (which are also considered ‘sacred’ books by Islam, along with the first five books of the Old Testament and possibly a few others).  Here is a list of quotes from the Gospels that imply Jesus’ divinity: Jesus is God?.  They are from the old King James English bible translation so there can be no claim of modern changes.  Some of these quotes are weak indicators of divinity, some are strong, but there are over 120 of them!

Hopefully the above links have given you a perspective on the Islamic view of us non-Muslims ‘from the horse’s mouth’ so to speak.  After all you can’t get any more direct than the Quran and Hadith.

*  One web site describes a Hadith as:

• A reliably transmitted report of what The Prophet said, did, or approved

• The Hadith comprise the SUNNA, the practice and example of the  Prophet

• The second authority for Muslims [after the Quran]

When you read a few of the Hadith, you will understand what they are. 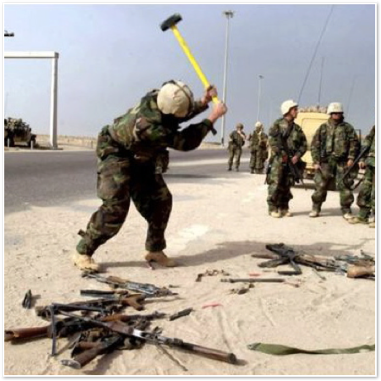